Things to do in Cangas do Morrazo

Connected with the olive city through our regular line Vigo-Cangas and port of departure at Cies Island, the Cangas do Morrazo municipality accumulates different attractions that we would like to comment on in this post. What to do in Cangas do Morrazo is a very easy question to answer due to the dynamism of its urban area, its beaches and its nature. Outdoor activities in Cangas seem to be endless. Why not meet the day before your visit to Cíes? Why not take an excursion from Vigo one weekend? Why not enjoy the best sandy beaches in Galicia?

What to do in Cangas do Morrazo? Start with its historic centre!

Put on your most comfortable shoes because our first recommendation for your visit to Cangas is a walk along its beautiful promenade, bordered by the Xardíns do Sinal, which is the port where the ships of our shipping company arrive and depart from.

Afterwards, what better activity than to go to the historic centre of Cangas do Morrazo. In its narrow streets, the visitor will find different examples of popular seafaring culture as well as places such as Plaza de Singulis or Plaza de Costal, where it is worth taking a break to admire the nobility of its buildings. Another of the most visited buildings in the historic centre of Cangas is the ex-collegiate church, from the 16th century; its façade is one of the best examples of Renaissance art in Galicia.

Take a coastal route, from the old Masso Factory to the busy Praia de Liméns!

From the port of Cangas, you can take one of the most charming coastal routes in all of Galicia. The route is linear, and the route can be adapted to your tastes and needs, being able to choose between 3 of the most impressive beaches in Cangas; Areamilla beach, Santa Marta beach and Liméns beach.

In addition, along this route you will be impressed when you come across a tunnel that will take you to walk along a wide path on the edge of the coast.

The route begins at the Fábrica de Massó, an old canning factory in the town of Cangas that defines the history of this town, and although it is currently in a complete state of abandonment, nobody leaves indifferent, because within this great building not only the canning plant was included, but also a whale processing plant and facilities for the processing of fish derivatives, which make it even more unique.

Continuing, you will find La Laguna de Massó, a sheltered space where you can observe all kinds of seabirds, many of them coinciding with the birds that we have provided in this link.

Along the way until you reach the Areamilla beach, you will be able to appreciate Bateas cultivation so characteristic of the Rías Baixas in the foreground, like recognising the famous Praia de Samil on the other side of the river.

The path continues bordering the sea, until you find the tunnel. At this point it should be noted that you will be so far from the urban centre of Cangas that you will only be accompanied by the sounds of nature.

Upon exiting the tunnel, you will enter the most beautiful section of the route where you will reach Liméns beach, also passing through Santa Marta beach.

Those who do this route not only recommend it, but repeat it. Cliffs, beaches, furnas and seabirds, among others, will be your excursion companions on this walking route from the Cangas pier.

No one will answer the question of what to do in Cangas do Morrazo without mentioning the Costa da Vela, the westernmost point of the Península do Morrazo. This stretch of coastline (declared a Place of Community Interest [SCI]) runs from Nerga, in the Ría de Vigo, to Punta Couso, one of the limits of the small Aldán estuary. Its pine forests, beaches, cliffs and privileged views of the Cíes Islands make it a must-visit area for anyone who steps into the Cangas do Morraz area.

These are some of the scenic attractions of the Costa da Vela travelled from south to north:

Nerga Beach: Fabulous 700 metre long white sand beach. It is sheltered by pine and eucalyptus forests and separated by some small rocks from the also interesting Areal do Viñó.

Barra beach: This 750-metre-long nudist beach consists of a mobile dune system fixed by vegetation and with a high ecological value.

Praia de Melide: The sandy area of ​​Melide, in the centre of Cabo Home and measuring 250 meters in length, is one of the most visited spots on the Costa da Vela due to its spectacular views of the Cíes archipelago. A pine forest and gorse thicket stabilise its dune system.

Cabo Home Lighthouse: Built in 1853, this lighthouse has a height of 17 metres and is located 143 metres above sea level. It is very similar to the Punta Subrido Lighthouse but it has three floors instead of two. The most curious detail about the Cabo Home Lighthouse is that, being in an area of ​​persistent fog during winter, in 1888 it also had to rely on an acoustic signal: this siren came to be known as La Vaca de Fisterra. Another interesting point about this lighthouse is that it is located just 2.5 kilometres from the Cíes archipelago so, once there, it is impossible not to want a visit to the islands. 🙂 Around the lighthouses of Cíes As we already told in this blog, there are also very curious anecdotes.

Cabo Home viewpoint: This famous balcony overlooking the Cíes Islands also has a beautiful sculpture in the shape of a shell that has become one of the symbols of the Costa da Vela. The metal structure, built in 2005, envelopes the visitor while listening to the sound of the sea.

O Facho de Donón: Archaeological site that hosted different expressions of life, beginning in the 10th century BC. C. with a town in the east slope, until the VI century a. C, when the Galician fort arises, a fortified town that survived until the 1st century BC. C. and of which we still see part of the walls and stones that made up the houses. Later a sanctuary was built on its summit that was active between the 2nd and 4th centuries BC. C. and, in the 18th century, a coastal surveillance post was put into operation for military purposes of which a couple of sentry boxes are preserved. 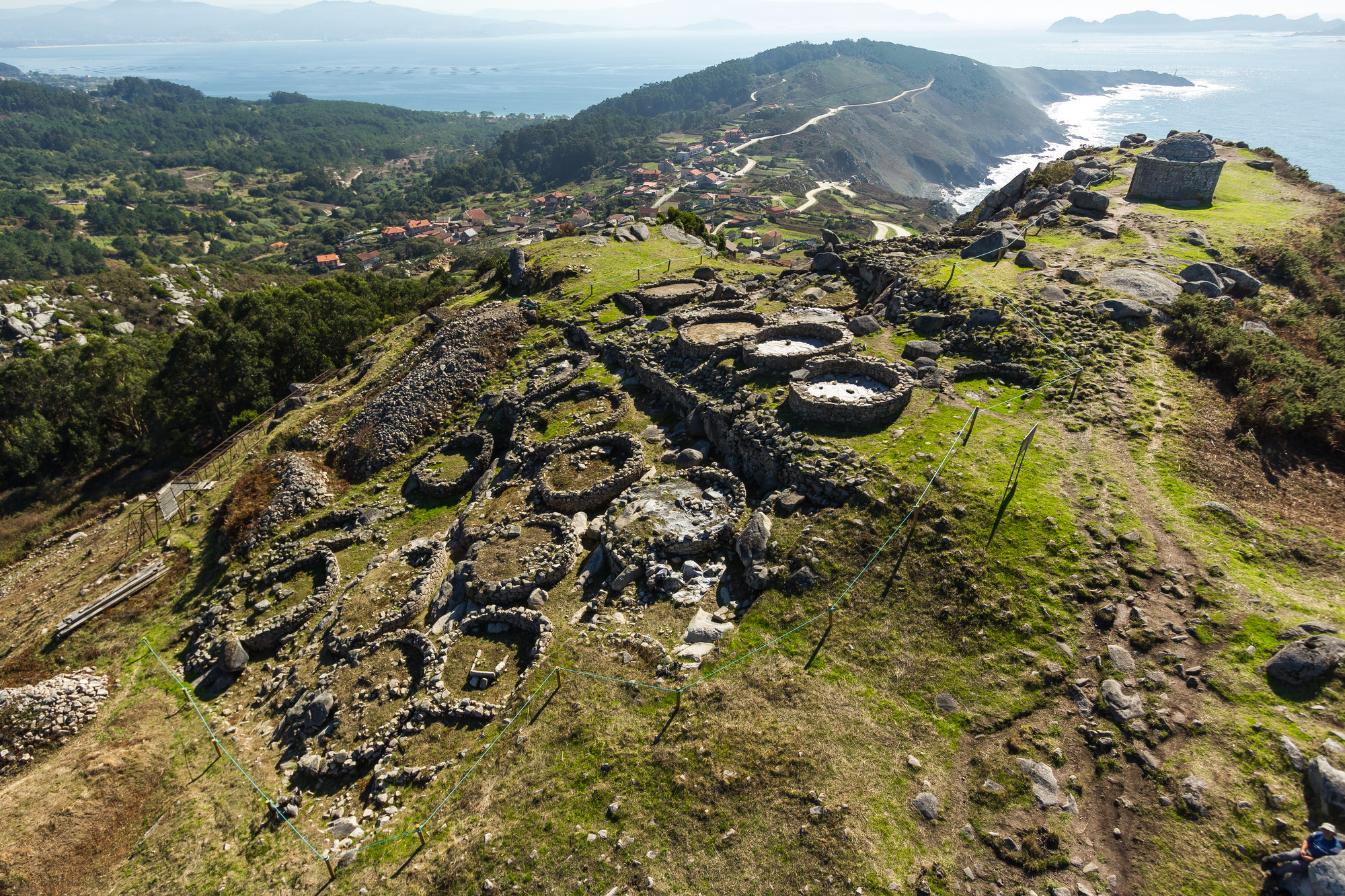 
After the route along the Costa da Vela, you are ready to visit another of the most seductive settings in Cangas do Morrazo: the town of Aldán, which has its own estuary!

Aldán, a place as maritime as it is magical 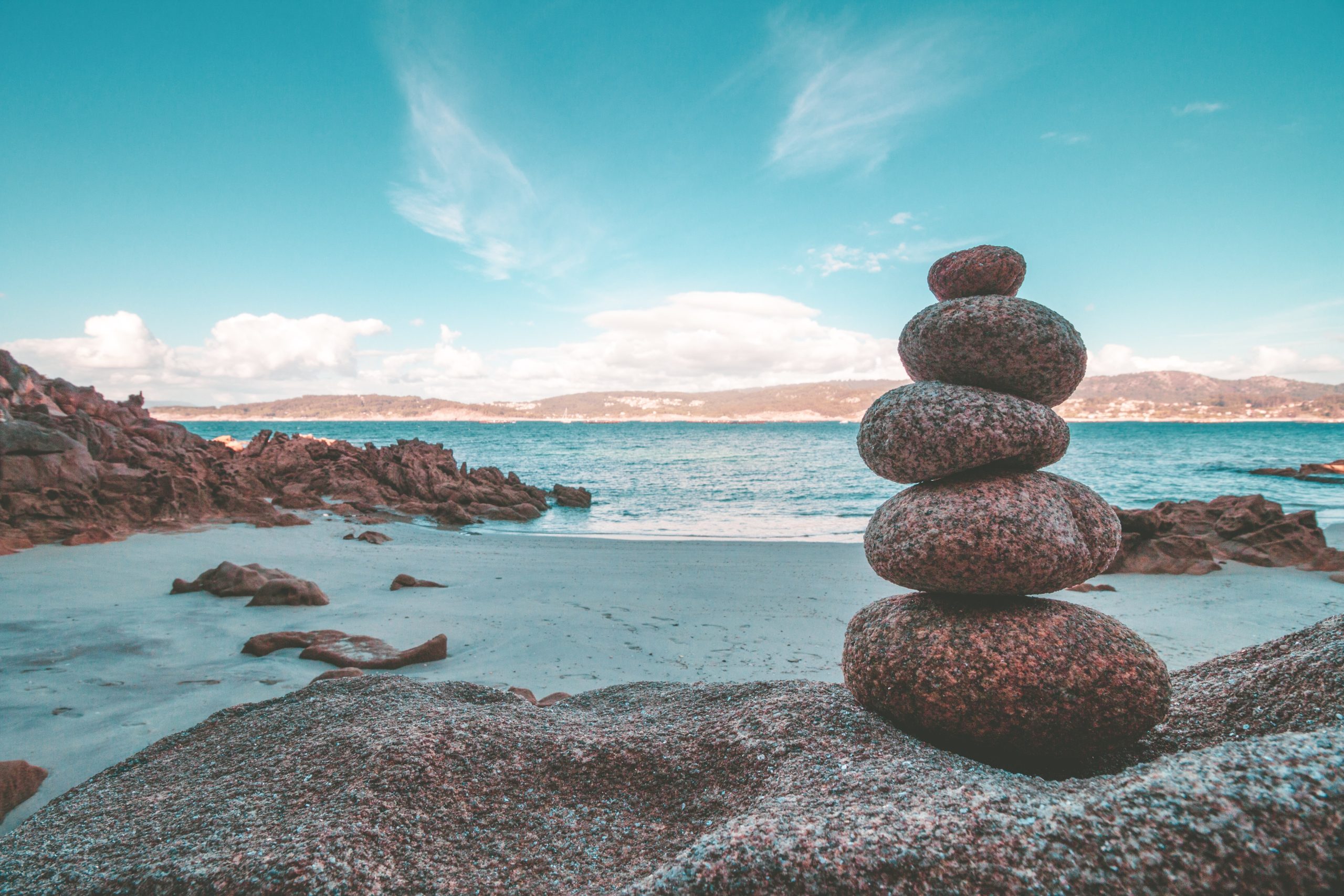 The fishing village of Aldán is known for the charm of its beaches (San Cibrán, Con de Sestadelo, Cova de Balea, Areacova, Francón, Sartaxéns, Menduiña and Lagoelas) and for its enchanted forest. Never heard of this green space? It is one of those locations that cannot be missed on your list of things to do in Cangas do Morrazo, although it is perhaps better known by the name of Finca de Frendoal.

Finca de Frendoal belonged to the Casa Torre de Aldán Pazo, owned by the Counts of Canalejas. This corner, shaded by oaks, chestnut, birch and laurel trees, was the playground for this family and their friends. It has a path parallel to the Orxás river that leads to a castle, built in the 1960s, of which only the structure remains. Its facade, covered with moss, is partly responsible for the magical touch of the place.

The farm also has a small aqueduct called Arco da Condesa. After a relaxing walk through it, you can complete the experience by taking the Ruta dos Muíños del Río Orxás.

Check our schedules and visit Cangas do Morrazo

You see that the tourist attractions of Cangas do Morrazo hardly fit in a single post. From Mar de Ons we encourage you to solve all your doubts about what to visit and what to do in Cangas do Morrazo in the same municipality, accompanied by this small guide and the warmth and kindness of its people.

If you go to Cangas from Vigo or a nearby town hall, why not do it by boat? This way the plan will be unbeatable! On our website you can check the current schedules of our Vigo-Cangas line. You can also find out by making a call to the phone number + 34 986 22 52 72.

And, as we warned in the post, this municipality is practically a balcony to the Cíes Islands. Remember that the Cabo Home Lighthouse is only 2.5 kilometres from the archipelago! How about planning a weekend getaway that includes both a visit to the Costa da Vela and a visit to the islands? Also find out about the trips of Naviera Mar de Ons to Cíes And, when buying the ticket, always bear in mind the possible restrictions that the Xunta de Galicia may have activated at that time (such as perimeter closures) to stop the spread of the COVID-19 disease. If you have any questions, contact us and we will be happy to help you.

Our transportation is safe, Travel with us and don’t miss Cangas do Morrazo, one more jewel of the Rías Baixas!