Enjoy the wines of the Rías Baixas in Cíes and Ons

As you probably already know, the Atlantic Islands National Park is located at a point on the map known as the Rías Baixas. This coastal area is part of the provinces of Pontevedra and A Coruña and is popular because of its landscapes, mild climate (which is not as wet as some may think) and its a gastronomy, which is dominated by the local seafood, fish and wines. The wines of this region are a real delight for the palate so, in this post we will give you some tips for combining and enjoying the wines of the Rías Baixas in Cíes and Ons. Can you think of anywhere better to try them?

Firstly, get to know the wines of the Rías Baixas

The wines of the Rías Baixas are denomination of origin wines. This protected wine-growing area is located mostly in the province of Pontevedra, although a small part of it is in A Coruña. It covers an area of over 4000 hectares which are distributed among five sub-zones: Val do Salnés, O Rosal, Ribeira do Ulla, Condado do Tea and Soutomaior.

The albariño is the queen of grapes of this denomination of origin, although the Regulatory Board for the Rías Baixas Denomination of Origin will allow other native grape varieties, such as the white loureira, treixadura, godello, red loureira or the mencía, among others. The combination of these grapes produces different wines that enjoy great prestige both within and outside Spain.

These are some of the Rías Baixas D.O. wines that you can find in the restaurants of Cíes, Ons and in the places where our destination ports are located: 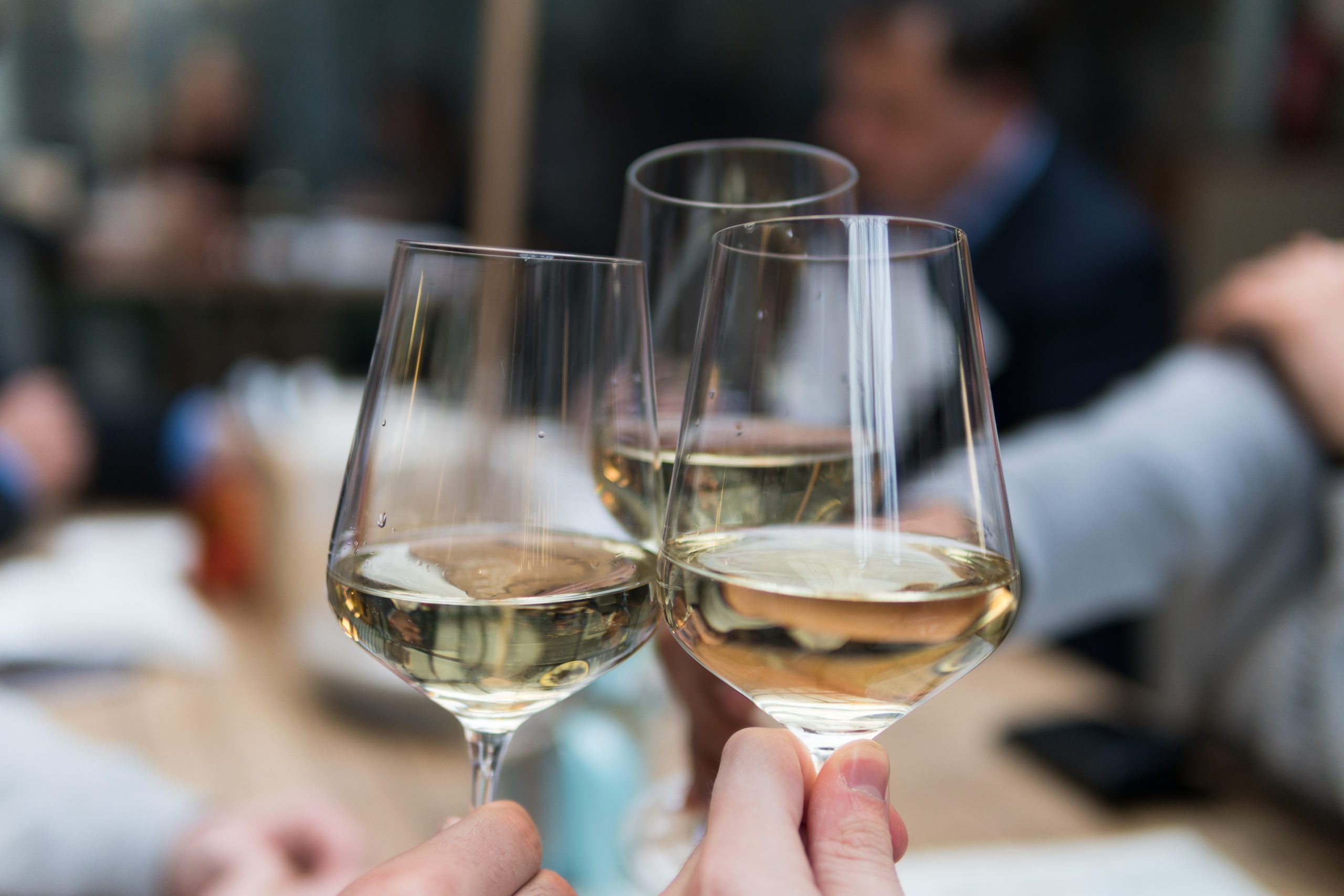 Other bottles that are becoming increasingly famous

Perhaps the following Rías Baixas wines are not as well-known as those above, but their popularity is growing year on year: 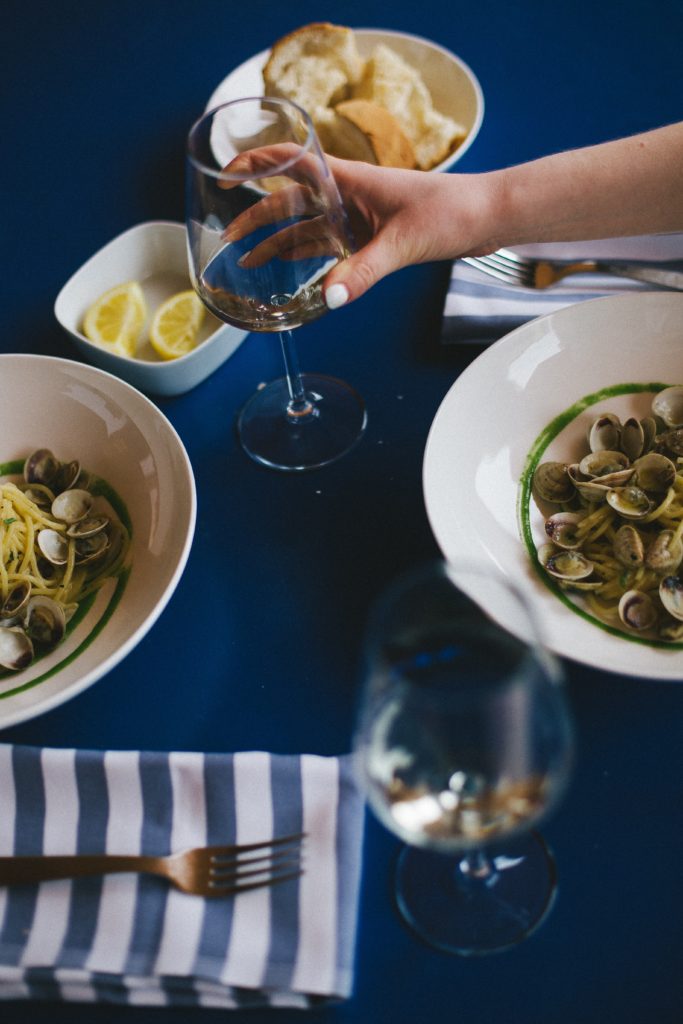 Cíes and Ons are two magnificent settings in which to savour the foods of the Atlantic where fish and seafood take the leading role.

The restaurants on these islands serve mainly traditional regional dishes prepared using traditional, home-cooked methods. These establishments offer dishes based on local fish and Galician products or those of the neighbouring areas.

These are some of the most notable dishes from Cíes and Ons for you to combine with the wines of the Rías Baixas: 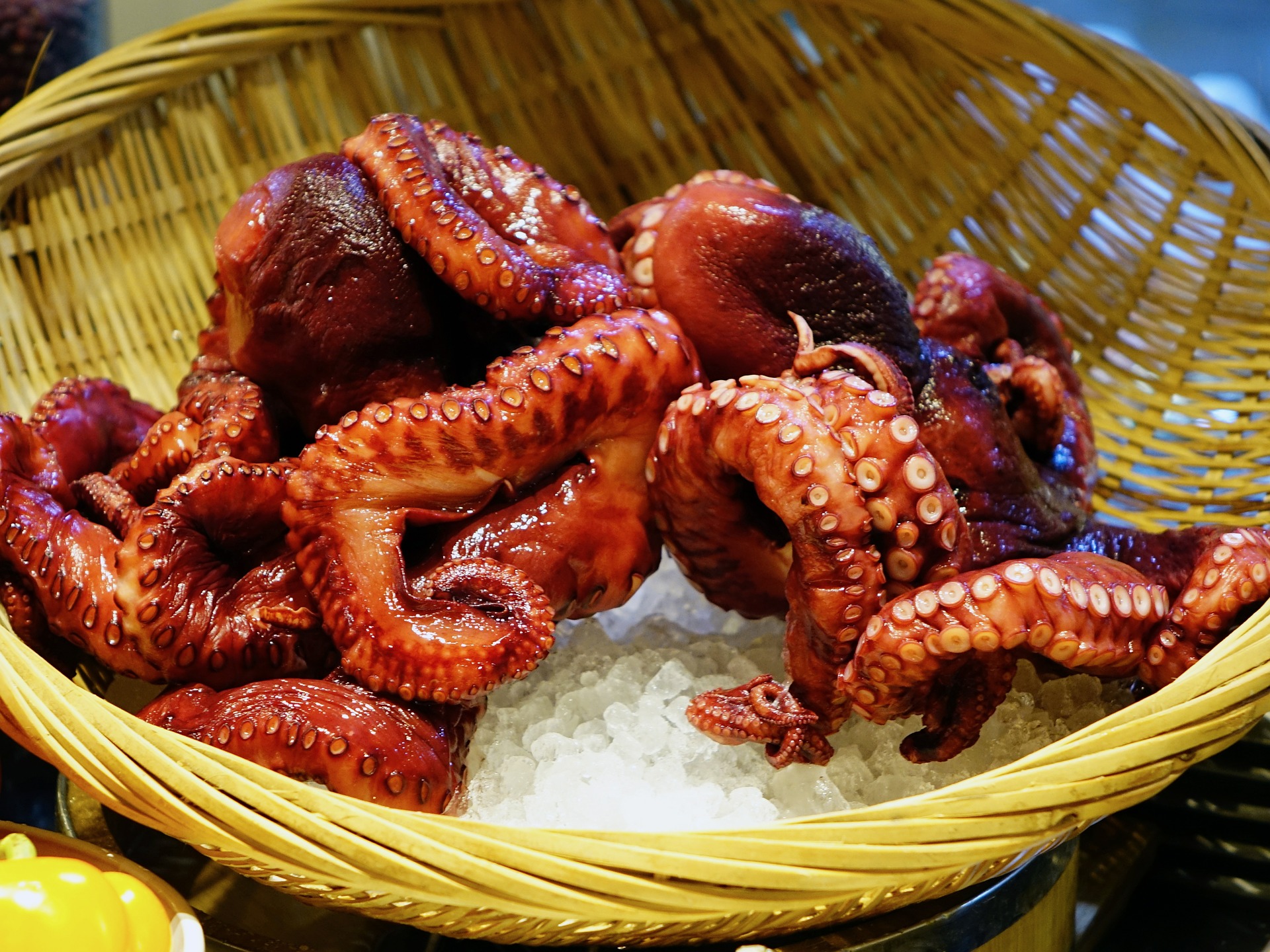 Octopus, the star mollusc of the Atlantic Islands National Park

As well as accompanying seafood and fish, the wines of the Rías Baixas make good partners with these dishes:

You are now more than ready to try these soups in the spectacular landscapes of the Cíes and Ons, don’t you think? Which combination will you start with?

The Mar de Ons takes you to Cíes and to Ons

Aboard the Mar de Ons ferry, we provide transport so that you can enjoy the wines of the Rías Baixas on Cíes and Ons. Our ferries sail to these archipelagos from various destination ports: Sanxenxo, Portonovo, Bueu, Baiona, Combarro, Pontevedra, Cangas and Vigo. You can check the timetables for our trips to the islands on our website: the timetables change depending on whether it is high or low season.

If you visit Cíes during the winter, which is a great way to take a break from routine and be in touch with nature, be aware that the opening times of restaurants  also varies in the low season. You can take your own food to Cíes and Ons (remember that there are no waste bins there!) and when you return from your visit you will find containers at the port in which to place your rubbish. Don’t forget to recycle correctly by making use of the corresponding container for each type of rubbish. While on the islands, it is also important to respect the animals and their feeding habits. For this reason, you should not feed the gulls, as they are extremely fearless and greedy. Perhaps you would prefer to wait until the spring or summer to escape to the islands and to enjoy the interesting gastronomy that they offer.

To spend a delightful week-end in the Atlantic Islands National Park, you can request information about our current trips by telephoning + 34 986 22 52 72. Before buying the ticket, please find out about any possible restrictions that the Galician Government may have imposed at that time (such as perimeter closures) to stop the spread of COVID-19. With this in mind, we want to assure you that our transport is safe and that we operate within the safety measures and recommendations provided by the Health Service. Find out about our COVID-19 measures here.

We very much looking forward to seeing you, from Cíes, from Ons and from the marvellous Rías Baixas Denomination of Origin wines. Cheers!