Find the best carnival costumes for 2020

Once again, the most daring moment of the year comes: the days of carnival in Vigo. And that’s why the city of Vigo has already chosen what will be the two great musical events of this long awaited event: the concerts of Soraya Arnelas (former contestant of Spanish talent show Operación Triunfo) and Ketama. Announced by Abel Caballero himself on January 24th, the shows are scheduled to take place in the Porta do Sol, but could be affected and moved somewhere else due to the works done on the tunnel of that Porta do Sol.. The concerts will be held on February 21st and 22nd, with the major of Vigo in charge of opening the carnival period of the olivine city.

After fifteen years of music career, Arnelas returns from Miami to finish the recording of her last album that will be released this year. On the other hand, Ketama, a group led by Antonio Carmona, is known for the multiple awards and more than one million albums sold throughout their career that reaches four decades of life.

The great novelty of this year is that on Carnival Tuesday, next February 25th will be a bank holiday in Vigo, to compensate for the day of San Roque that falls this year on Sunday so, if you are one of those who enjoy carnivals to the fullest, this year you are in luck. 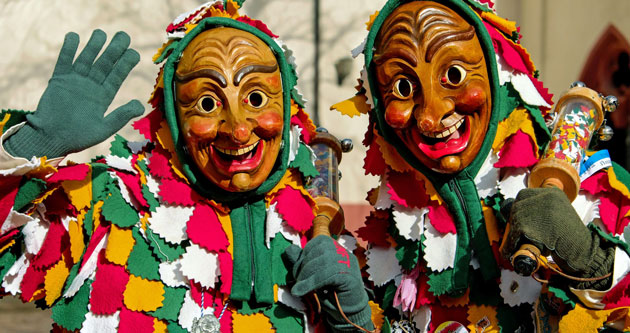 The trend carnival costumes of this year

Carnival Day is a day when the popular characters of the TV series and movies of the moment can not be missed. Therefore, we can not be more anxious to see the youngest dressed up as the characters of Frozen 2, a Disney movie that soon became a success: even being the protagonist in one of the busiest streets at Christmas in Vigo.

Don Disfraz, one of the best-known costume shops, has claimed that Carnival is always a picturesque reflection of the present, so this year, everything indicates that Satisfayer’s costume will be a revolution. As this costume shop has confirmed, normally the costumes in trend come out at an average rate of 50 daily orders, while in the case of this curious and original costume, their figures have tripled.

In addition to the carnival costumes of Frozen 2, a large number of Star Wars characters are also expected due to the latest saga released a few months ago. Vis a Vis dams will also take to the streets, along with the thieves of Money Heist and various comic characters such as Batman, Captain America, Spiderman or the Joker himself. Definitely, you cannot miss the Vigo carnivals.

Carnival is a party that has its origins in the bacchanalia of Classical Antiquity in which the god of wine, Bacchus was honored. This time is a time of year for relaxation of daily commitments, at which time you can become any of your favorite characters and enjoy the total freedom to leave your skin for several days. It is a festival of color and music in which people enjoy euphoric the best floats and troupes of the moment while it rains confetti and candy.

Come to Vigo and live the best costume party of the year with Mar de Ons from Cangas. Leave your car in the local parking and navigate to Vigo with us, forgetting about traffic jams and wasting time looking for a place to park.

Check our schedules and do not miss any of the events of the Vigo carnival this year! Adapt your visit to the time frequency and enjoy everything that the city of Vigo has prepared!