If the prospect of delicious seafood, cheeses, and breads is making you hungry, then try out some of the local cuisine, in Galicia, Spain. The region is arguably best known for tourist spots such as Ons Island and views of the Atlantic Ocean. The galician food, however, is simply gorgeous.

To give you an idea, take a look at the popular dishes.

It is well known that Galician beef is the finest in Spain. It comes from the rubia gallega breed of cow. The meat is succulent and delicious. The best way to have this is grilled with a touch of rock salt.

Peppers from Galicia are similar to Russian Roulette. Some of them are spicy, others mild, and it is not until after the first bite, you know what you get. Depending on your taste, you may consider spicy a win. Most locals consume them sprinkled with rock salt. 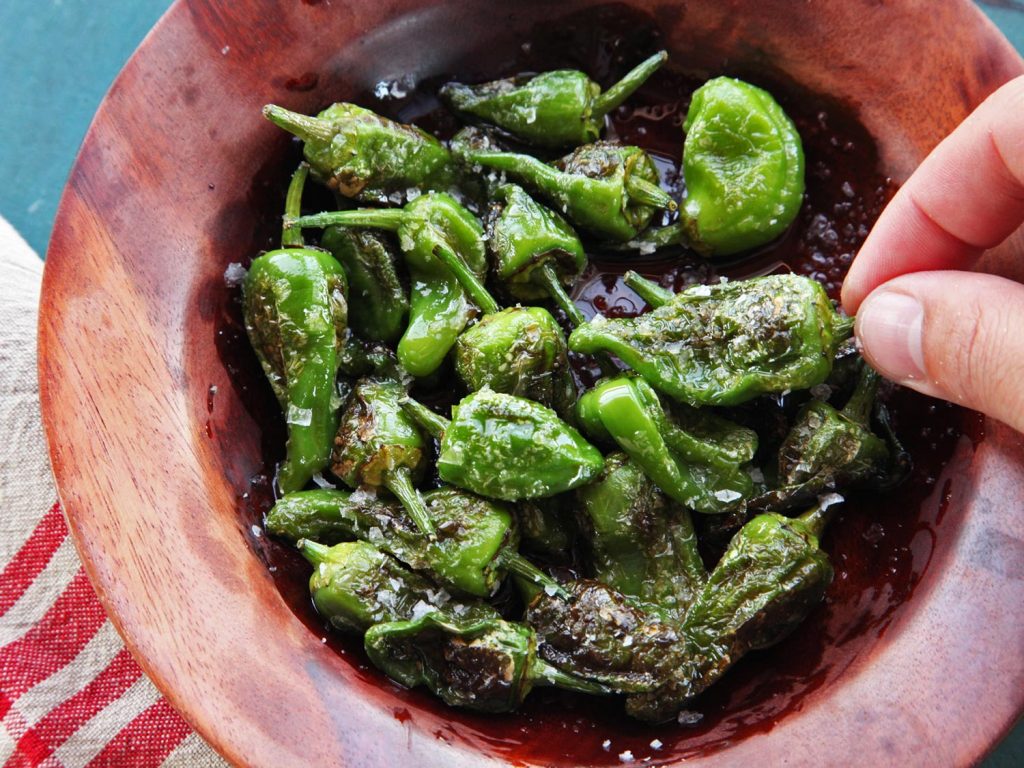 Spain has some of the finest and unusual food in the world. If you’re a fan of pork and vegetables, you will love ths star of galician food: galician stew. The stew features vegetables such as cabbage and turnips, and the bitter taste is offset with pork shoulder, pig’s ears, and chorizo. Throw in some chickpeas and serve it with smoked paprika and you have a bowl of hot deliciousness.

The most famous galician food: pulpo a Feira (Market-Style Octopus)

Head to any Galician market, and you will find pulpo a feira served. It is made from octopus and is hugely popular in Galicia, and it is served in quality restaurants as well as street food. Tentacles from the octopus are boiled until tender and then sliced and served over potatoes. Smoked paprika is added at the end. Until you’ve tried it, you don’t realise how mouth-watering this famous dish of galician food is. 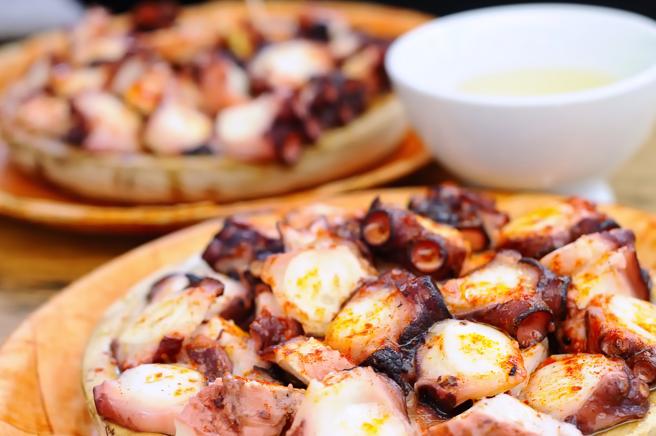 You may have had steamed muscles before, and no doubt they were delicious. Steamed muscles from Galicia, however, raises the bar. So much so, that they have their own stamp of authenticity. Genuine muscles from this region carry the converted Protected Designation Origin (PDO).

Locals cook them simply; steamed with a dash of lemon. Simple, delicious, authentic.

Head to most markets in Galicia, and you’ll soon come across queixo de tetilla. It has a unique teardrop appearance and is the perfect accompaniment to Spanish ham. It goes great with wine and olives and has a rich, creamy texture and taste. If you love cheese, you’ll love this.

Empanada is believed to be influenced by the Indian samosa after they were brought back from Goa by Portuguese traders. Galicia style empanada features octopus, tuna, cockles, chorizo, and salted cod. Whichever one you go for you will find them delicious.

And what about dessert? Well, the most famous desert in galician food is tarta de Santiago. This cake is made with almonds, eggs, sugar and a cheeky splash of brandy.

The cross of St. James, the patron saint of Santiago de Compostela, decorates the top of the cake. Galicia is an amazing region of Spain where you can taste delicious galician food. When you come, trying traditional dishes should be a must-have.