IF YOU ARE GOING TO TRAVEL TO THE CÍES ISLANDS OR THE ONS ISLAND FROM MAY 15 (EXCEPT CAMPISTAS), before buying the ticket, you must obtain the authorization requested by La Xunta de Galicia, in which they will provide you with the pre code -reserve (necessary to acquire the boat ticket).

Arribada (the arrival) is a party celebrated in the north western Spanish town of Baiona, situated just above the north of Portugal.

Baiona, which is in the province of Pontevedra, Galicia, hosts an annual festival that attracts 30,000 visitors each year. Every year, this figure continues to rise, and it is currently listed as a festival of international interest.

The party celebrates the arrival of a very important historical figure, Martín Alonso Pinzón. Pinzón was a Spanish explorer who sailed along with Christopher Columbus on his 1492 “first trip”. Pinzón arrived back in Baiona on March the 1st, 1493, after his discovery of America.

Spain is extremely proud of their history of navigators, and Baiona doesn’t disappoint in its celebration of him. The Arribada is in his honor and is an incredible festival tradition. As a result, the Arribada “arrival” party is medieval themed. The festival allows you to travel back in time, with experiences that replicate the lives lived by Martín Alonso Pinzón and his crew over 500 years back.

There are popular games, cuisines, workshops, performances and stands. The food in particular is an important part of this festival, and it’s likely the thing that will enrich your experience the most. The Medieval Market provides handmade and traditional cuisine that is hard to find anywhere else, There are also plenty of activities. The Royal village has an ambitious schedule with medieval resonances. There is a reenactment of the Arribada historical play, performed in the exact setting that the actual event had taken place in. This is profoundly unusual, but equally an incredible opportunity. Such activities and performances are between 10am and 11pm — so, essentially the whole day. This touches on why the festival is so popular with tourists too — it’s non-stop fun, embedded in culture and historical relevance. 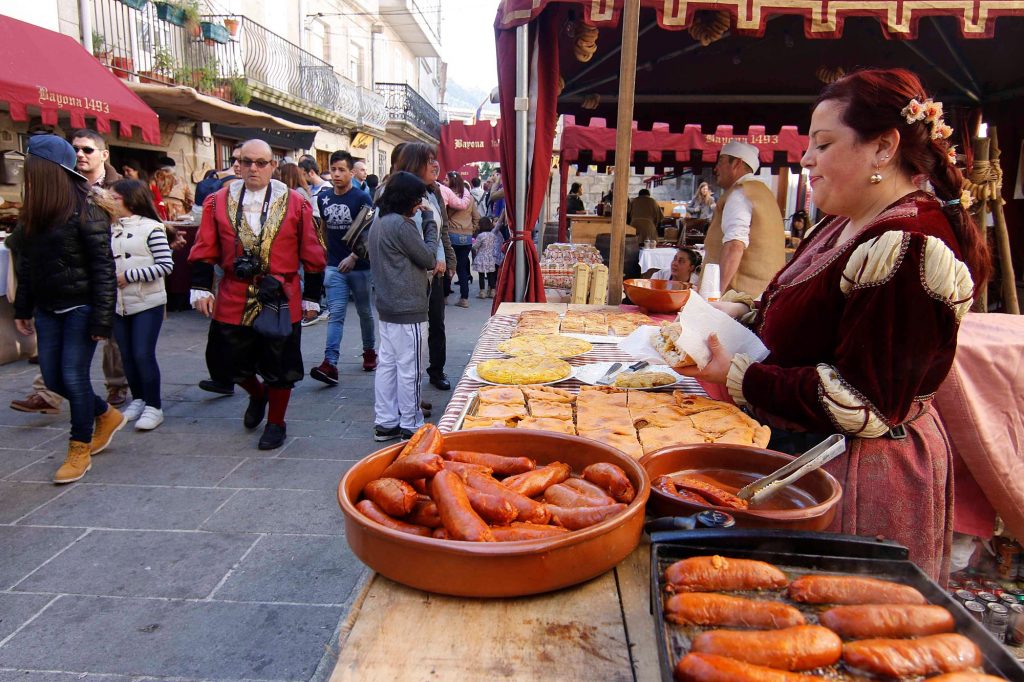 Getting to the Arribada festival in Baiona

A slight obstacle of the Baiona festival is its own popularity. During the holidays, there are many cars visiting and parking can be difficult. To avoid wasting time finding places to park, it’s advised that you take a leaf out of Pinzón’s book and arrive by boat. Not only is it poetically relevant, but you’re going to have more time at the festival and less time hunting down parking.

This also allows you to see Baiona from a different perspective than usual. The town is a port paradise and deserves to be viewed from such a way. Arriving on boat will be the best way to see the extraordinary landscapes, the fortress on the harbor and finally, the incrementally buzzing atmosphere of the festival’s beginnings. It also makes sense regarding practicality too — if you have been drinking alcohol during the festival, you may not be fit to drive upon its ending or the morning after.